While the early months of the pandemic saw a significant decrease of vehicles on the road, traffic fatalities in Michigan and nationally increased during 2020.

Data from the U.S. Department of Transportation’s National Highway Traffic Safety Administration and the Michigan Office of Highway Safety Planning indicate that 2020 saw the largest number of auto accident fatalities nationally since 2007.

According to data from the Governors Highway Safety Association, pedestrian fatalities involving vehicles also rose to 6,721 nationally in 2020, a 4.8 percent increase from 2019. In Michigan, pedestrian accidents increased 17 percent in 2020 relative to 2019.

The increase in auto accident and pedestrian deaths occurred despite the fact that vehicle miles traveled in the U.S. decreased by 13.2 percent in 2020, according to the National Highway Traffic Safety Administration (NHTSA). In addition, traffic accidents were down. In Michigan, there were 245,432 accidents in 2020 compared to 314,377 in 2019.

With more Americans working from home and spending less time driving on the roads, why did auto accident fatalities surge higher?

There is not a single definitive reason for this dichotomy, although NHTSA data shows that occupant ejection rose by 20 percent and speeding related crashes increased by 11 percent.

Alcohol-related crashes also increased (fatal crashes involving alcohol were up 9 percent in 2020 compared to 2019 according to NHTSA) and several studies show that alcohol consumption broadly increased with the pandemic in 2020. Pandemics such as COVID-19 can cause many medical, psychological, and sociological problems, including increased alcohol consumption and related harms from such consumption

Additional evidence that more careless drivers may have been on the road in 2020 is the fact that there was a 4 percent increase in fatal crashes among those properly wearing seat belts, compared to a 16 percent increase in those who did not, according to Michigan Office of Highway Safety Planning data. NHTSA figures also revealed that the number of traffic tickets for speeding issued by law enforcement agencies increased in most states, and states such as Iowa and Ohio saw 101 percent and 61 percent increases, respectively, in the number of drivers ticketed for driving over 100 miles per hour.

In June, the Michigan State Police announced a partnership with five other states for a regional traffic safety campaign known as “Great Lakes, High Stakes.” It announced that the campaign was being undertaken in light of the fact that “law enforcement agencies across the nation have reported an alarming rise in speeding and fatal crashes” since the COVID-19 pandemic began.

Priorities for Staying Safe on the Roads

The biggest tragedy resulting from auto accidents is the loss of life, and the medical challenges that serious auto accidents can cause. This also leads to a financial burden on our society where devastating injuries can adversely affect an individual’s pocketbook and ability to work.

Eliminating distracted driving is one of the most effective ways to reduce vehicle accidents and increase driver and pedestrian safety. In 2019, distracted driving crashes killed 3,142 people in the United States, according to the NHTSA.

There are currently a trio of bills in Michigan—House Bills 4277,  4278 and 4279—pending before the Michigan House of Representatives, that seek to impose penalties on drivers for engaging in distracted driving pertaining to cell phone and other mobile device usage. They would ban the ability to use handheld devices beyond just texting and driving and include more specific types of device usage, including social media, video streaming and more.

Another concern in the months ahead is the danger that driving on Michigan’s wintry roads can bring. Here is a short list of winter driving tips from AAA Michigan, which are particularly important for inexperienced drivers:

And don’t forget that it’s deer season in Michigan. During the next couple of months there will be thousands of deer/car accidents in both rural and suburban Michigan. In fact, statistics suggest that there will be over 50,000 deer/car accidents during the 2020 calendar year. The Michigan State Police report that 80% of these accidents will occur between dawn and dusk, but they are not limited to rural areas. Indeed, for example in the Lansing area alone, Meridian Township had 129 car/deer accidents, and Delta Township had 128 deer/car accidents in 2018. Simply stated, if you drive enough, there is an excellent chance that at some point in time you will be involved in a car/deer accident. For tips on how to drive safely during deer season, and what to do if you have an unfortunate encounter with a deer, check out our previous article on the topic: “Fall in Michigan: Safely Handling Deer/Automobile Accidents.”

By driving defensively and safely on the roads, we can all contribute to lowering the state’s auto fatality rate. 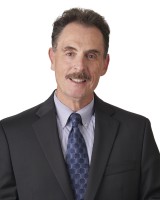 Fraser Trebilcock Shareholder Gary C. Rogers has firsthand experience with car/deer accidents, having been involved in four himself; Gary is recognized as one of the top civil defense attorneys in the area of automobile related cases, and he has co-written Michigan No-Fault Law-The Insurers’ Perspective, a handbook for handling claims under Michigan’s No-Fault Automobile legislation. Gary can be reached at grogers@fraserlawfirm.com or (517) 377-0828.