On July 9, 2021, President Biden issued an executive order aimed at “promoting competition in the American economy.” A press release that preceded the issuance of the executive order stated the White House’s intention to “[m]ake it easier to change jobs and help raise wages” by removing barriers that “impede economic mobility,” including banning or limiting non-compete agreements.

However, the issuance of the executive order, plus actions being taken by many state legislatures, suggests that there is significant momentum building to take some form(s) of action against non-compete agreements, and employers should pay careful attention to ongoing developments in this area.

The Law of Employment Contracts

As a general proposition, contract law generally, and employment contract law specifically, is left to the states and, except where federal policy concerns exist – for example, regulation of union-management relations with implications for the national economy. So, for starters, this presidential direction to an administrative branch regulatory agency is an attempt to expand the reach of federal governance.

The Impact of the Executive Order

Section 5(g) of the executive order directs the Federal Trade Commission (“FTC”), in conjunction with other federal agencies, to “address agreements that may unduly limit workers’ ability to change jobs.” It also urges the FTC Chairperson to “consider working with the rest of the Commission to exercise the FTC’s statutory rulemaking authority under the Federal Trade Commission Act to curtail the unfair use of non-compete and other clauses or agreements.”

Accordingly, in plain terms, the effect of the order is to start a process whereby the FTC will pursue a rulemaking process that would ban or limit the use of noncompete agreements as a matter of federal law. It is unclear how broad or narrow the rulemaking will be until actual proposed rules are presented.

Also, there is significant uncertainty as to whether the FTC has authority to regulate non-compete agreements. Such an action would almost certainly call into question whether the executive branch was encroaching congressional lawmaking power, and/or unconstitutionally infringing on the rights of states to make laws governing contracts.

Beyond the more straightforward and intended result of a possible ban, second-order effects may arise which, presumably, would be considered by the FTC in the rulemaking process. For instance, tax-exempt employers, such as hospitals, insurance companies, and universities, sometimes rely on non-compete agreements to establish a “substantial risk of forfeiture” under Internal Revenue Code § 457(f) to delay immediate taxation of deferred compensation amounts. While the 457(f) negative tax consequences would primarily fall on the shoulders of the executive, this could also affect the timing of the inclusion of the income for purposes of the 21% excise tax on excess executive remuneration paid by such employers under Code § 4960, which is payable by the employer.

We believe that if any regulation is attempted, it will be months or years in coming. We also believe that in the event regulation is initiated, it is likely to be directed at lower-compensated work and situations where workers do not possess proprietary skills or confidential information learned or obtained  at the workplace.

We have counselled that non-compete agreements used by our clients should be well-founded in protecting the legitimate competitive interest of the enterprise, and should be limited to circumstances where that interest is present and properly described in the agreement or covenant. This advice remains pertinent, and review of those policies may be considered.

We will continue to keep you informed of relevant developments. If you have any questions, please contact Dave Houston or your Fraser Trebilcock attorney.

This alert serves as a general summary, and does not constitute legal guidance. All statements made in this article should be verified by counsel retained specifically for that purpose. Please contact us with any specific questions. 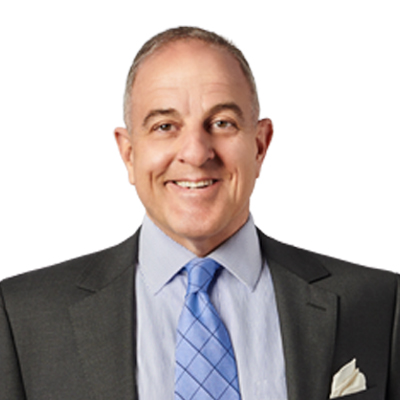 Fraser Trebilcock Shareholder Dave Houston has over 40 years of experience representing employers in planning, counseling, and litigating virtually all employment claims and disputes including labor relations (NLRB and MERC), wage and overtime, and employment discrimination, and negotiation of union contracts. He has authored numerous publications regarding employment issues. You can reach him at 517.377.0855 or dhouston@fraserlawfirm.com.