The IRS has recently issued 86 questions and answers regarding the COBRA premium assistance requirements under the American Rescue Plan Act of 2021 (“ARPA”). See IRS Notice 2021-31.

As explained in previous Client Alerts, the ARPA requires that employers provide 100% COBRA subsidies to certain assistance eligible individuals from April 1, 2021 through September 30, 2021. Not only will COBRA be fully paid for these individuals during this time period, but eligible individuals who had previously declined COBRA (or who had elected COBRA and dropped it) have a second chance to elect and take advantage of the subsidized COBRA coverage. Notices of such subsidies and new election rights are due by May 31, 2021, so time is of the essence.

Here are some highlights of these IRS Q&As but please note that the IRS guidance is extensive. This Client Alert just touches on some of the issues.

Who is an AEI?

However, the IRS now explains that an individual can become an AEI more than once. As we know, being eligible for certain other group health plan coverage or Medicare will disqualify one from AEI status. Losing such eligibility at a later date may result in regaining AEI status. For example, an employee is terminated, loses coverage, and becomes an AEI on May 1, 2021. On June 1, 2021, the individual becomes eligible for his spouse’s employer’s group health plan and loses AEI status. However, on July 1, 2021, the spouse has an involuntary termination and loses coverage. Both the individual and spouse become AEIs as of July 1, 2021.

The notice goes on to provide that because eligibility for other group health coverage and/or Medicare will disqualify one from being an AEI, employers may required individuals to provide a self-certification or attestation that they are not eligible for any disqualifying group health plan coverage or Medicare. Employers must keep a record of such attestations.

The IRS clarifies that eligibility for other group health plan coverage will only create a loss in AEI status once that individual is permitted to enroll in that coverage (i.e., AEI status continues during a waiting period or until the next enrollment opportunity). Please note that the Emergency Relief Notices and the Outbreak Period extensions of deadlines have prolonged enrollment for HIPAA special enrollment events. So if an individual is able to enroll in a spouse’s plan (or another group health plan) due to HIPAA special enrollment extensions, that individual will not be an AEI. This can be a complicated determination.

Moreover, the IRS has explained that an individual who elected and remained on COBRA beyond the initial 18-month period due to a disability determination or a second qualifying event is also an AEI and eligible for the subsidy if the COBRA extended period falls within April 1 to September 30, 2021. For example, a qualified beneficiary who lost coverage 3 years ago due to termination/reduced hours may still be on COBRA as of April 1 due to a second qualifying event (e.g., divorce). The IRS recent Q&As clarified that these individuals will also be AEIs…

What is a Reduction in Hours?

Loss of coverage due to reduction in hours would cause the qualified beneficiary to potentially become an AEI regardless of whether the reduced hours is voluntary or involuntary. Furloughs and strikes are considered reduction in hours, so long as the employee and employer intend on maintaining the employment relationship.

What is an Involuntary Termination?

A resignation resulting from a material change in the geographic location of employment for the employee is also deemed an involuntary termination.

An employee who leaves employment due to health concerns, however, is generally not a involuntary termination. Neither is an employee who terminates due to child-care reasons.

Some of these circumstances could result in AEI status if the individual lost coverage due to a reduction in hours. Moreover, if the employer involuntarily and materially reduced the employee’s hours, an employee who terminates employment in response will be deemed to have been involuntarily terminated.

Q-34. Does an involuntary termination of employment include an employer’s decision not to renew an employee’s contract, including for an employee whose employer is a staffing agency?

A-34. Generally, yes. An employer’s decision not to renew an employee’s contract will be considered an involuntary termination of employment if the employee was otherwise willing and able to continue the employment relationship and was willing either to execute a contract with terms similar to those of the expiring contract or to continue employment without a contract. However, if the parties understood at the time they entered into the expiring contract, and at all times when services were being performed, that the contract was for specified services over a set term and would not be renewed, the completion of the contract without it being renewed is not an involuntary termination of employment.

What Plans is the Subsidy Available For?

The IRS confirms that the subsidy is available for any group health plan subject to COBRA (including certain HRAs, as well as vision-only and dental-only plans), except for health FSAs offered under Code section 125 plans.

With regard to AEIs who previously had not elected or dropped their COBRA coverage, they may now elect COBRA during the extended election period. This includes spouses and dependents who were covered under the group health plan along with the employee on the day before the involuntary termination or reduced hours resulting in the loss of coverage.

The IRS clarifies that these AEIs may waive COBRA for any period before their election. If COBRA for an HRA is elected during the extended period, the AEI is not entitled to reimbursement of expenses incurred after the qualifying event and before the first period of COBRA coverage beginning on or after April 1, 2021.

Those to whom COBRA premiums are payable (generally the employer for most purposes) are entitled to a refundable tax credit against their share of Medicare taxes. This is now allowed under newly added Code section 6432. Notice 2021-31 includes numerous questions and answers regarding the calculation of this tax credit as well as how to claim it.

This Client Alert sets forth highlights of these Q&As but by no means addresses them all. Moreover, the IRS indicates further guidance may be forthcoming.  Please seek out advice on these complicated issues.

As you are well aware, the law and guidance are rapidly evolving in this area. Please check with your Fraser Trebilcock attorney for the most recent updates.

Fraser Trebilcock is committed to providing you valuable information. Please watch for upcoming alerts on these and other topics. 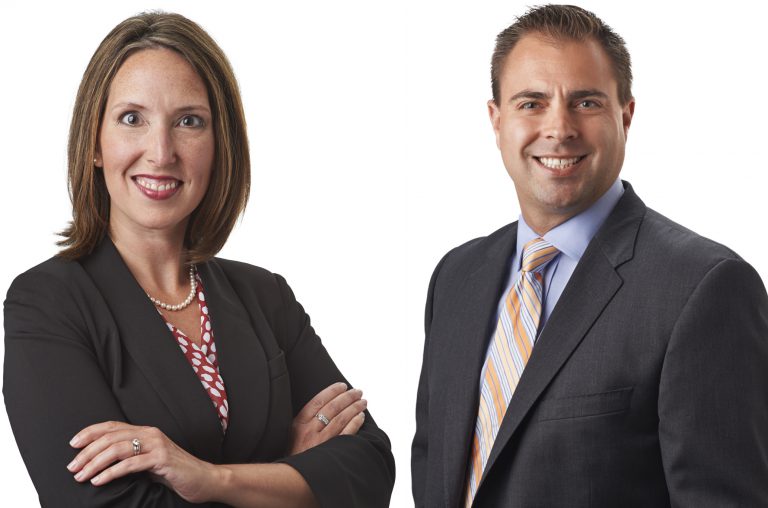 Elizabeth H. Latchana specializes in employee health and welfare benefits. Recognized for her outstanding legal work, in both 2019 and 2015, Beth was selected as “Lawyer of the Year” in Lansing for Employee Benefits (ERISA) Law by Best Lawyers, and in 2017 as one of the Top 30 “Women in the Law” by Michigan Lawyers Weekly. Contact her for more information on this reminder or other matters at 517.377.0826 or elatchana@fraserlawfirm.com.

Brian T. Gallagher is an attorney at Fraser Trebilcock specializing in ERISA, Employee Benefits, and Deferred and Executive Compensation. He can be reached at (517) 377-0886 or bgallagher@fraserlawfirm.com.