UPDATE (10/13): On Monday, October 12, 2020, the Michigan Supreme Court issued an Order in Michigan House of Representative and Senate v Governor, reversing the lower Court of Appeal decision in that case which upheld the Governor’s source of emergency authority. The Supreme Court took this action on Monday in light of. and consistent with, its recent decision on the same questions on October 2nd involving certified questions for the US District Court. The Supreme Court’s October 12 Order has been given immediate effect, putting to rest any question regarding the timing of its ruling and or binding effect. You can read that Order here.

Late on Friday, October 2, 2020, the Michigan Supreme Court ruled that the Governor’s use of the Emergency Powers of the Governor Act and the Emergency Management Act as two sources of authority to issue a host of executive orders regulating capacity limits in public-facing businesses, public mask use, school re-openings, the size of public and private gatherings, among others was unconstitutional. In the wake of the Court’s ruling, uncertainty abounds regarding the legal effect and enforceability of the Governor’s numerous executive orders issued to date. Although the Attorney General announced Sunday that she will not enforce the Governor’s COVID-19 executive orders, this does not mean all COVID-19 related rules and regulations are invalid or not without practical merit. Further, both state and local health agencies have quickly moved to fill the regulatory void left as a result of the Court’s ruling.

This controversy started towards the end of April, when the state legislature moved forward with a bill aimed at preventing the Governor from renewing her original state of emergency declaration. The Governor, relying on the 1945 emergency powers law, issued an executive order to keep a stay-at-home order in place through June 1 without consent of the Legislature. This law has been the legal basis for continued rolling orders that have kept some public-facing businesses such as bowling alleys and movie theaters shuttered until Oct. 9. There have been a number of lower state court cases challenging the Governor’s action, all of which have sided in her favor.

One particular lawsuit was brought in federal district court by three medical groups in West Michigan. The three medical groups sued the Governor, challenging her spring executive order that prohibited doctors and medical facilities from performing “elective” procedures in an effort to preserve personal protection equipment when it was in short supply during the early days of the pandemic.

The Michigan Supreme Court is the ultimate authority on interpreting state law, and the federal district court judge noted that state law questions regarding the limit of the Governor’s authority were crucial to the case before it. The law permits federal courts to ask for guidance – called a certified question — on state law questions from a state’s highest court. State supreme courts are not required to accept certified questions from a federal court but they usually do.

In answering these questions, the Michigan Supreme Court stated:

“[w]e conclude that the Governor lacked the authority to declare a ‘state of emergency’ or a ‘state of disaster’ under the EMA after April 30, 2020, on the basis of the COVID-19 pandemic. Furthermore, we conclude that the EPGA is in violation of the Constitution of our state because it purports to delegate to the executive branch the legislative powers of state government— including its plenary police powers— and to allow the exercise of such powers indefinitely.”

Friday’s ruling throws into doubt the Governor’s many executive orders addressing a variety of issues in response to the COVID-19 pandemic in Michigan. For example, orders that expand unemployment eligibility during a pandemic, that allow local governments to hold their meetings virtually to avoid in-person meetings that could allow the virus to spread, that place moratoriums on foreclosures and evictions, and those that permit remote witnessing and notarization of legal documents, are all somewhat in question.

Additional uncertainly surrounds the effective date of the Court’s order and if it is even entitled to binding effect, as it was issued in response to a certified question from the Federal District Court and therefore merely “advisory” in nature. For the most part, these questions have answered (1) the order was effective on October 2nd, and (2) there is a clear likelihood that the Court’s decision will be followed in any subsequent state or federal court decisions.

State regulators are nevertheless holding fast. The Michigan Occupational Safety and Health Administration (MIOSHA) has issued thousands of dollars in citations to Michigan businesses for failing to implement COVID-19 precautions under the agency’s “general duty clause,” which requires employers to provide workspaces free of hazards causing death or “serious harm.” Since the Supreme Court decision Friday, many have questioned the validity of the citations, arguing that violations of the general duty clause were based on non-compliance with the Governor’s executive orders on mask usage, social distancing, or employee training. State regulators have said that they will not rescind any fines and penalties for workplace COVID-19 non-compliance, even in light of a Michigan Supreme Court decision upending the Governor’s executive orders back to April 30.

Further, the Director of the Michigan Department of Health and Human Services, citing authority under the Michigan Public Health Code, quickly issued an emergency order reinstating requirements that masks should be worn at most indoor and outdoor gatherings and events, limiting attendance at indoor and outdoor gatherings, limiting organized sports and other limitations on certain food service establishments, including bars. The order specifies that violations are a misdemeanor punishable by imprisonment for not more than 6 months, or a fine of not more than $200, or both.

It will take a while for the Legislature and Governor to sort out these issues legislatively as there are only 3 session days left before the November 3 election and only 14 session days after the election. In the meantime, the Administration will pursue reissuing some of these orders through administrative rules and regulatory action. 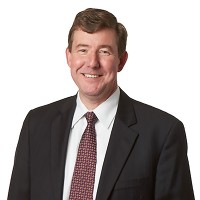