If you are involved in buying, selling, or leasing real estate involving the booming marijuana industry in Michigan, beware of some startling complications that may put your investment at risk.

In 2016, Michigan adopted the “Medical Marihuana Facilities Licensing Act”, licensing and decriminalizing the ownership of a medical marijuana facility in Michigan. A marijuana facility is defined as “a location at which a license holder is licensed to operate under this act”. Numerous activities can be licensed under the Act, including growing, processing, and selling marijuana or cannabis paraphernalia. Further, the Act provides that a person who owns or leases property upon which a marijuana facility is located and is not aware that the licensee has violated this Act is likewise protected from civil or criminal prosecution, including the seizure of real property.

This is one way that differences between federal and state laws could cause complications. In September of 2016, First American Title Insurance Company (“FATCO”) sent an Underwriting Communication to its offices and agents advising them of “possible underwriting issues pertaining to providing title insurance or serving as the escrow/closing agent with regard to properties that are or will be used for the production, sale or distribution of marijuana,” pointing out that while certain states’ laws now permit such activities, the activities remain illegal under federal law. FATCO advised its agents that if they have actual knowledge that a property is or will be used for such purposes, they must contact underwriting for guidance before providing title insurance or serving as the escrow/closing agent for a transaction.

Detroit’s economic revival makes it an electrifying place to live, work, and invest. Click HERE to learn more about our presence in downtown Detroit.

In a memo to its agents and company operations dated June 29, 2017, Fidelity National Title Group, through its Chief Underwriting Counsel stated that “properties in 28 states ‘that have in some capacity legalized cultivation, distribution, manufacture or sale of marijuana products’ will not be insured by Fidelity”. The following statement must be included in each title commitment that Fidelity or its various operating companies issue in the 28 states in question: “Please be aware that due to the conflict between federal and state laws concerning the cultivation, distribution, manufacture of marijuana, the Company (Fidelity) is not able to close or insure any transaction involving Land associated with these activities”.

Numerous other title companies and agencies have taken a similar position, despite the existing exclusion from coverage included in the form title policy, which states, in part,

The following matters are expressly excluded from the coverage of this policy and the Company will not pay loss or damage, costs, attorneys’ fees, or expenses that arise by reason of:

(i) the occupancy, use or enjoyment of the land;…

Why the hesitation? The concern is that title companies and their agents could be found to be aiding and abetting a criminal operation by insuring the purchase of property used in the cannabis industry.

Given that the purchase of such properties will not be financed by the normal lending institutions, for the same reasons outlined above plus federal banking laws and regulations, most of these transactions are being done for cash or utilizing a land contract. In such a case and due to the unavailability of title insurance, the purchaser, at an absolute minimum:

If you have questions related to buying, selling, or leasing real estate involving marijuana facilities in Michigan, contact an attorney at Fraser Trebilcock. Our attorneys are prepared to work with cannabis companies and ancillary businesses in all aspects of Michigan’s marijuana laws.

Norbert T. Madison, Jr. is a highly regarded corporate and real estate attorney with more than three decades of experience. Primarily focused on real estate matters, Norb represents clients in all facets of the practice, including the purchase, sale, leasing, and financing of various types of real estate, as well as the development of industrial, office, retail, condominium and residential real estate. Contact Norb at 313.965.9026 or nmadison@fraserlawfirm.com. 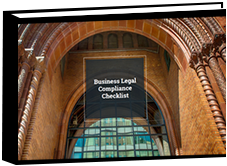 A critical overview of laws and regulations governing businesses of all sizes.