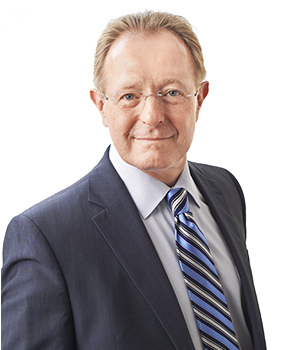 Michael H. Perry is a shareholder and the current President of the Board of Directors for Fraser Trebilcock.

Mike has tried a number of jury and non-jury trials to verdict in a wide range of topics in the state and federal courts. During the past several years, Mike’s litigation practice is fairly evenly divided between commercial and environmental disputes; the latter include the defense of claims brought by the State of Michigan’s Department of the Environment, Great Lakes and Energy [“EGLE”] formerly known at the Department of Environmental Quality and the Michigan Department of Natural Resources. The commercial disputes frequently involve the representation of licensed professionals in administrative, disciplinary and judicial proceedings.

Mike first served as Fraser Trebilcock’s president in 2003 through 2006. He was elected again in December of 2017 and has been the firm’s president since then. As president, Mike works closely with the firm’s attorneys and staff on the development and implementation of the firm’s client-centered strategic plans.